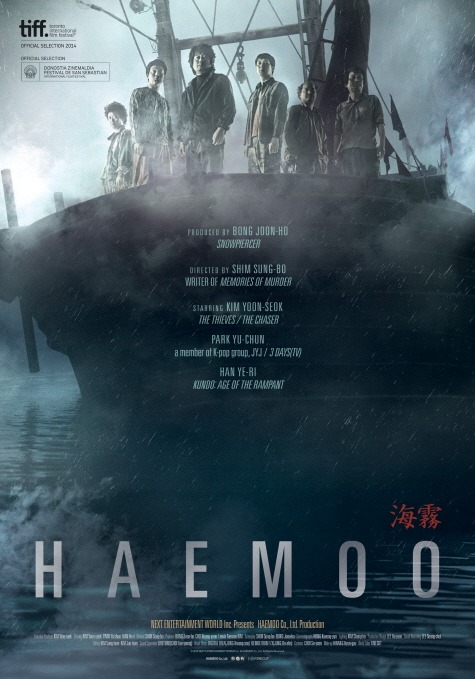 The 6ª-ton fishing vessel Jeonjinho fails to catch as much fish as its crew had hoped. To make more money, the crew decides to smuggle thirty illegal immigrants into Korea. But things don't go according to plan when the Jeonjinho en- counters heavy fog, rain and waves on its return journey. On orders from the captain, several crew members hide the illegal immigrants inside the fishing tank, where they are in danger of suffocating to death. Amid the chaos, the youngest crew member Dong-sik tries to protect a young female migrant whom he'd fallen in love with.

Director : Shim Sung Bo, the co-writer of Memories of Murder