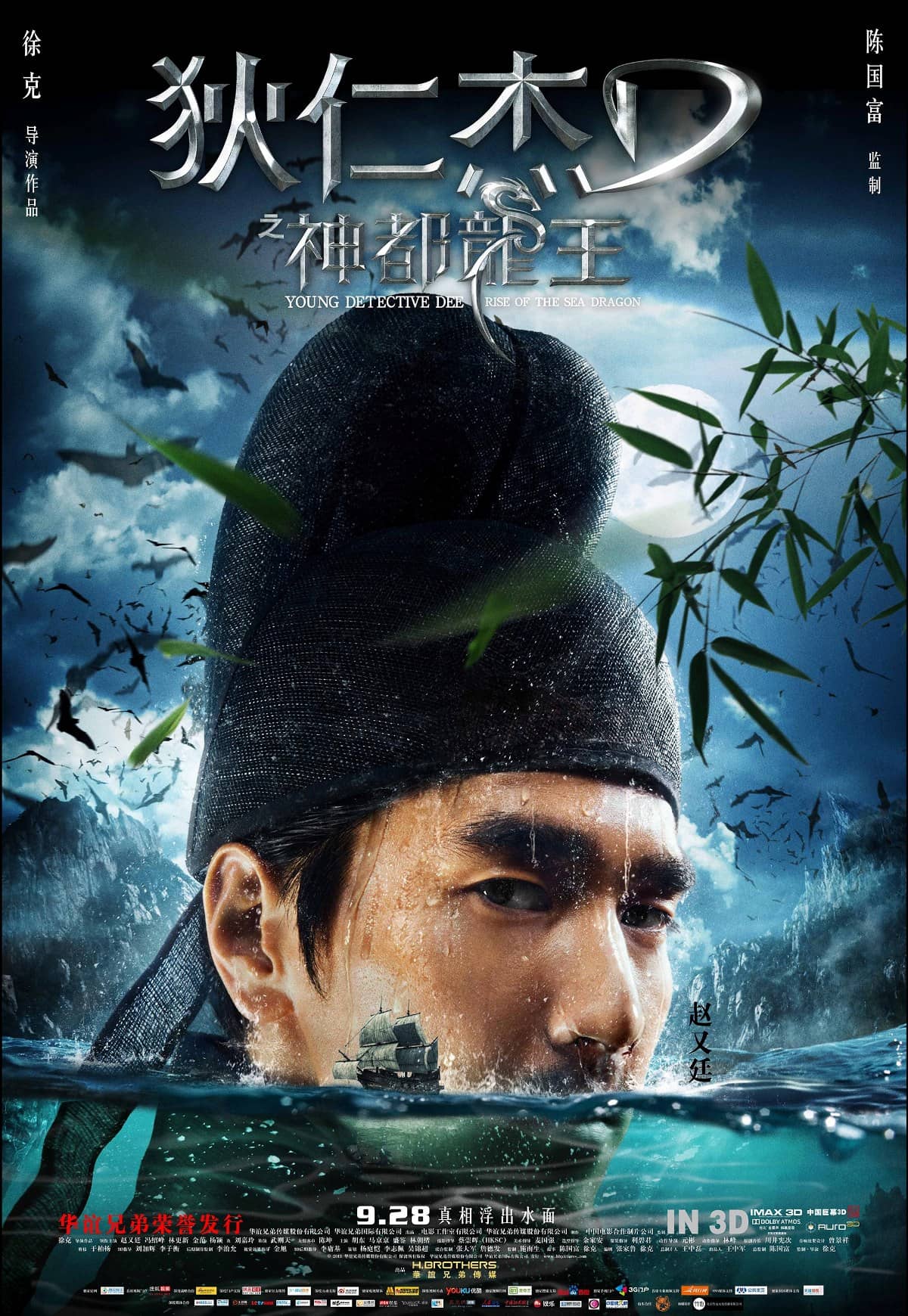 ln 665 A.D., Empress Wu Zetian is in control of a Middle Kingdom at war with its neighbor Yuya. When a fleet sent north to confront them is eradicated and the survivors make noises about a sea dragon, she orders Da Lisi chief Yuchi Zhenjin to investigate while the commoners make plans to appease the gods with a ceremonial fasting by courtesan Yin Ruiji. A new arrival in the capital city of Luoyang, Dee Renjie gets wind of a plot to kidnap Ruiji even before reporting to Da Lisi headquarters to begin as a detective, and gets to the temple just in time to break it up.

Director : Hark Tsui  (Flying Swords of Dragon Gate, Detective Dee and the Mystery of the Phantom Flame, Once upon a time in China)

From the producer of Tai Chi Zero & Tai Chi Hero